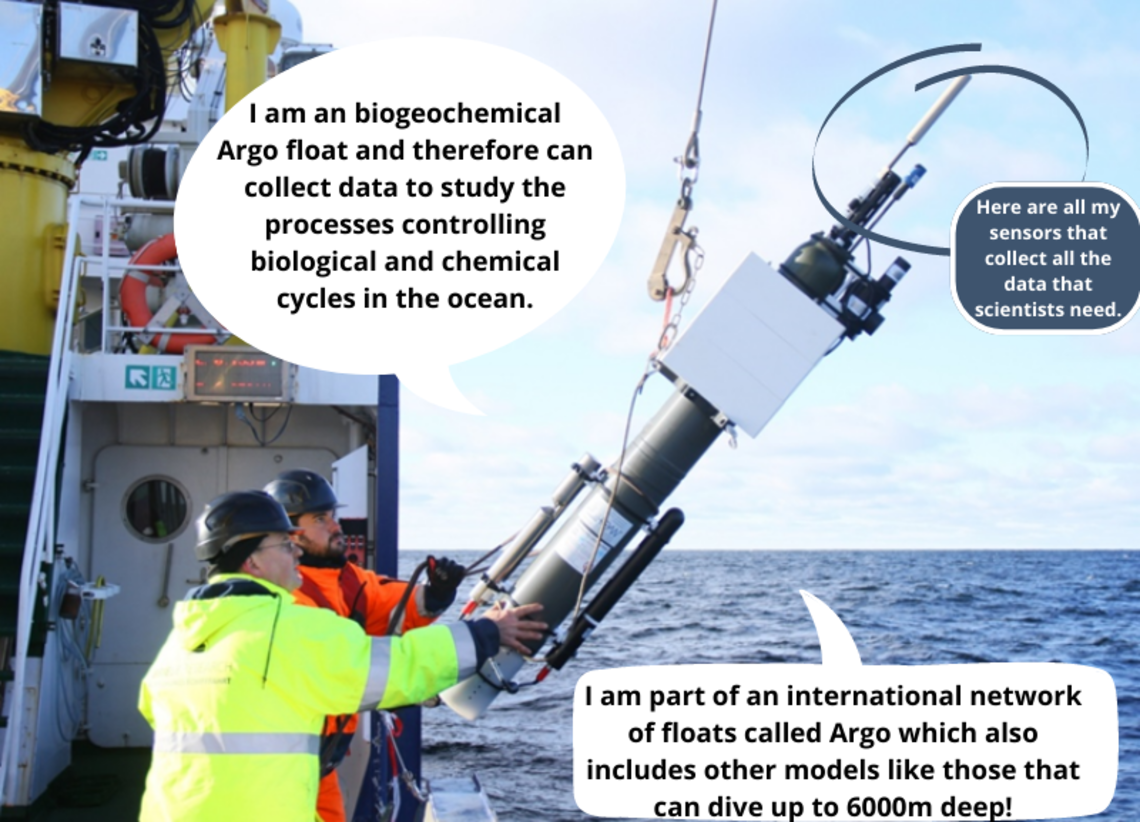 The profiling floats are autonomous ocean robots, part of the international Argo program - a major component of the Global Ocean Observing System (GOOS). The level of Argo international collaboration is unprecedented in the oceanographic community, about 30 nations are involved in this international observing effort. The first Argo floats deployments date back to the 2000s and continue today at a rate of 800 to 1000 deployments per year. Today, the Argo network counts almost 4,000 operational floats deployed in the global ocean. See Argo story map

Argo floats are deployed by sailors or scientists during campaigns at sea in the whole ocean.. After the deployment, the float descends to a target depth of 1000m to drift freely with the currents, then it descends again to the final chosen depth (generally 2,000m). Once reached the chosen depth, the float goes up till the surface measuring a “profile” of temperature, salinity and pressure. The full "cycle" is about ten days. Each float dives vertically by inflating or deflating an external bladder to change its buoyancy.

When the floats reach the surface, thanks to the antenna on the top of their head, they transmit all the collected data to satellites. Finally, Argo data is made available within 24 hours to scientists around the world.

After about 200 missions – around 5 years –  the batteries are exhausted. With no energy to bring it to the surface, the float drifts and finally sinks to the sea floor, unless recovered.

In the last few years, Argo teams have developed 2 more sophisticated Argo floats, the Deep float which can dive depth of 4,000 and 6,000m to better understand important ocean changes like increasing heat content, and the Biogeochemical float equipped with sensors to investigate the processes controlling biological and chemical cycles in the ocean.

The Argo floats are deployed in the open ocean.

All floats measure temperature, conductivity (from which we can deduct salinity) and pressure from the sea surface to 2,000m, 4,000m or 6,000m depth.. BGC floats can be equipped with one or more additional sensors to measure:

If you want to learn more about this program, visit the website: www.argo.ucsd.edu