Thanks to the experiment in the video " How does an Argo float function? ", your students will be able to understand how Argo floats move from a Cartesian diver and the pressure exerted on it. 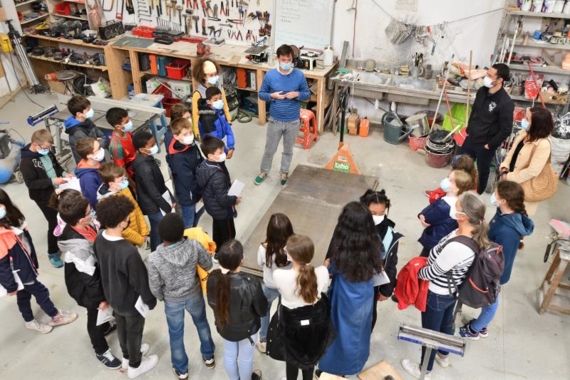 40 minutes
Type of content: experimental activity to be done in class

Material required: a bottle of water, a straw, a paper clip, a bowl of water, some plasticine or Blu-Tack

Follow step by step the experimental protocol on this video to introduce to your students the functioning of an Argo float with the example of a Cartesian diver.

How does an Argo float function?At the beginning, there is just enough air in the diver (the straw) to make it positively buoyant. When the bottle is squeezed, the water seeps into the flexible straw, compressing the air trapped inside. This causes an increase in density that will be sufficient to cause the diver to sink to the bottom of the bottle. On the contrary, by releasing the bottle, the water forced inside the straw will be released which will decrease the density and therefore the diver will rise to the surface.

The Cartesian diver experiment will allow students to understand the notion of buoyancy also present in the mechanism used by Argo floats to move up and down.

Another activity to do with your students: Discover Argo